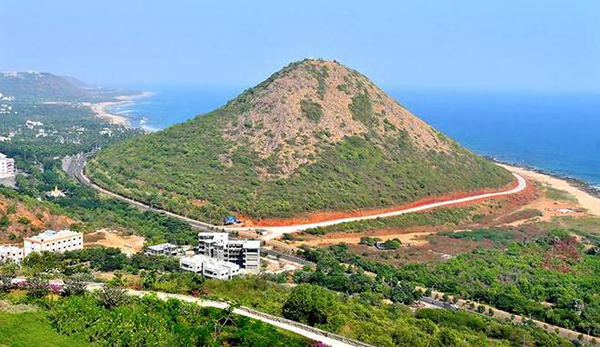 The 25 Kms stretch of road literally hugging the coastline from Visakhapatnam is simply breathtaking. On the way one can venture into "Erramattidibbalu", beautiful formation of red sand, or the shallow waters of the unending beach. Bheemili a sleepy little town, is the second oldest municipality in the country. The colonial past of the town is evident in the remains of a once thriving Dutch Settlement. River Gosthani at the mouth of which Bheemili lies forms an alluring recess to the town. The important landmarks of Bheemili includes, pilgrimage centers, temples, old churches, clock tower, light house, port and more. 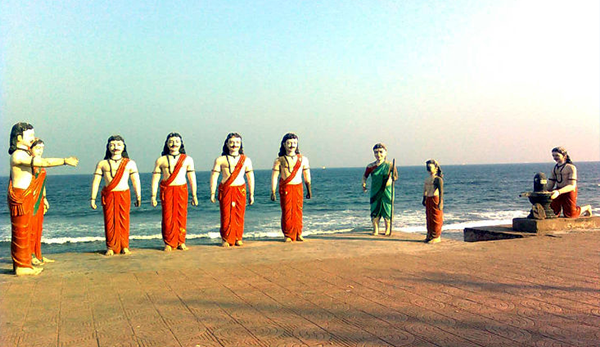 An evening of solitude and joy can be had in this park that is spread over 3 acres with attractions like a Skating Ring, fountains, beautiful gardens, amphitheater, food courts, etc. 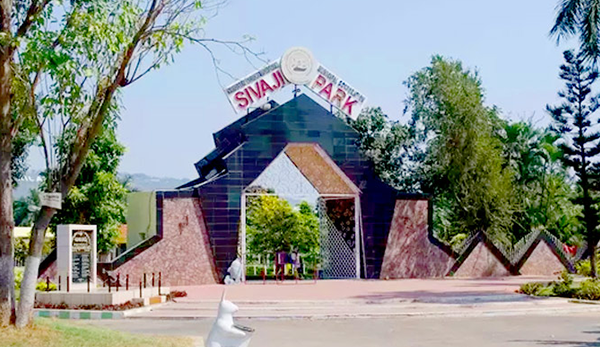 It is the most prominent and unforgettable landmark in Visakhapatnam. It is a single and massive hillock of more than 350mts height, resembles the Dolphin’s nose hence the name. It protects the Visakhapatnam Harbour as well as the Head Quarters of Eastern Naval Command. Visakhapatnam Port Trust’s, Light House is situated on top of the hill and guides the approaching ships to Visakhapatnam. The port channel cuts in between three hills which emphasis the lovely topography of Visakhapatnam. Ross Hill, the highest mount named after Mr. Ross, local authority, who built a house on it in 1864, Darga konda, has a mosque and a shrine of a Muslim sage Ishaque Madina, who was revered for his prophecies. Sri Venkateswarakonda has a temple, which was built by Capt. Blackmoor in 1886. 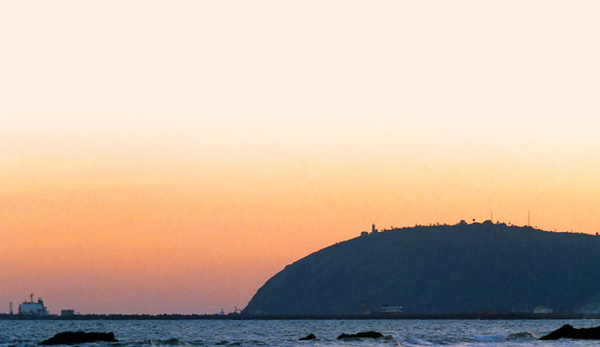 It is one of the most prominent beaches on the East Cost. It is the most happening place in Visakhapatnam one of the crowed pullers in the city. It is commonly called as R K Beach, which derives its name from the Lord Ramakrishna Mission. The important landmarks in the city viz. Submarine Museum, Visakha Museum, Aquarium, number of road side parks with children play equipments & lawns, War Memorial, statues of eminent personalities and many more are situated in this beach only. 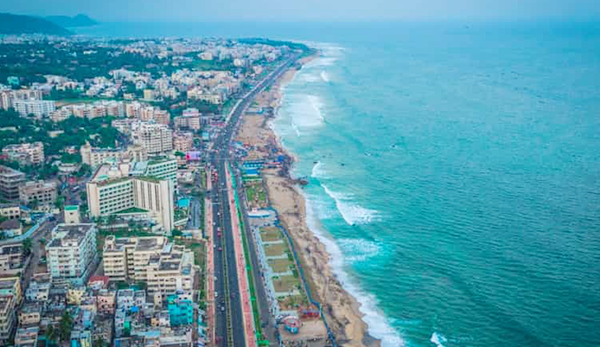 One of the most exquisitely sculpted shrines of Andhra Pradesh, Simhachalam temple is situated 16 km from Vizag among thickly wooded hills. The beautifully-carved 16-pillared Natya mantapa and the 96-pillared Kalyana mantapa bear testimony to the architectural brilliance of the temple. The image of the presiding deity, Sri Lakshminarasimha Swamy, is covered by a thick layer of sandalwood paste. 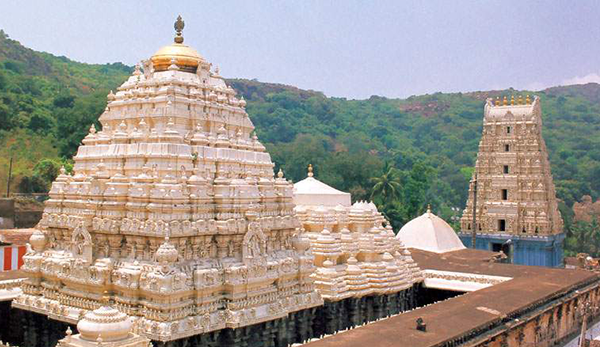 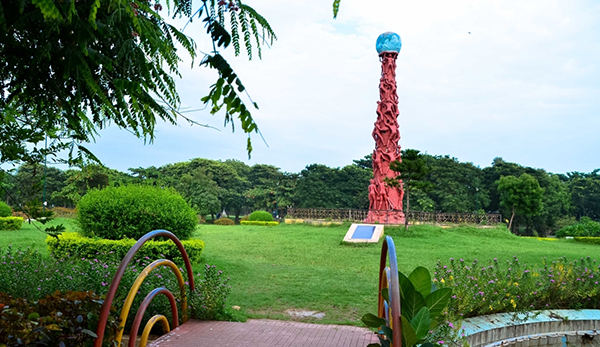 Indira Gandhi Zoological Park, situated in between the National Highway -5 & Beach road, spreading over an area of 625 acres, exhibits about 700 animals belonging to about 89 species. The important attractions of the Zoo are Deer Safari, Nocturnal animals, Toy train, Shanty Sarovar view, Zoo van drive and Bay of Bengal view points. 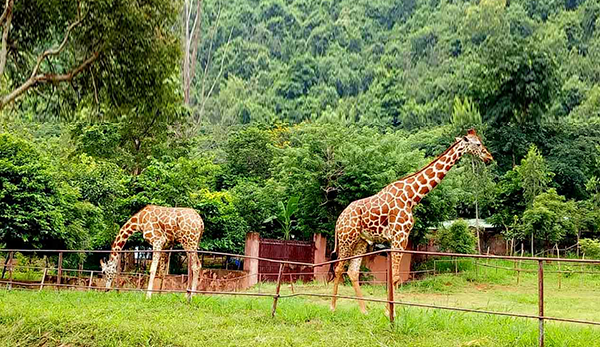 Araku is one of the most important tourist destination in Andhra Pradesh. A pleasant hill station famous for its scenic gardens with lush green nature, valleys, waterfalls and streams. It is situated at a distance of 112 km from Visakhapatnam, The journey to Araku valley on the Eastern Ghats with thick forest on either sides is itself highly interesting and pleasant. The place is over 3200ft. high with a bracing climate. The Botanical Garden at Padmapuram, Government Silk Farm with Mulberry gardens is the live examples to know the socio-economic conditions of the area.

Tribal Museum is a biggest attraction of the Araku. Chaaparai, a picturesque place about 15 km from Araku is another picnic spot in this region. One must experience the climatic conditions and the natural beauty of this Valley. The natural beauty of this valley comes alive with the aboriginal tribes who dwell here and who have to this day kept their tradition and culture alive. About 19 tribes inhabit this area. The Dhimsa dance, an age-old folk dance normally performed during ‘Itikala Pongal’ is now offered in tourist’s packages everyday. 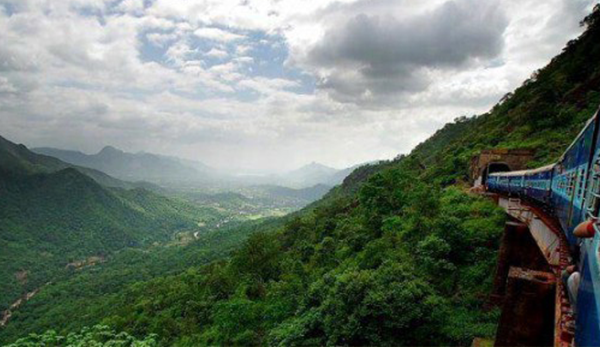 On the way to Araku Valley, 90 km from Vizag, Borra Caves house spectacular, million-year-old stalactite and stalagmite formations, standing as a testimonial to its pristine glory and age woven into intricate design through the centuries. While the formations resembling mythological characters are an added attraction, illumination of the caves by AP Tourism turns the naturally sculpted glory into a grand visual feast. The nature made Borra Caves are a million and odd years old and said to be discovered by William King in 1807. The river Gostani, beautiful hills and valleys surround these caves. The local tale says, the tribals discovered the caves, when a cow fell into the caves through the hole of the cave.

These caves are said have their origin from the river Gosthani. It was said, due to the flow of the river Gosthani through the layers of lime earth, the caves were formed, over the course of millions of years, The 300 ft. thick roofed Borra caves spread over one square km., presenting a mind-boggling and breath-taking display of naturally sculpted splendor. This is truly a worth seeing. 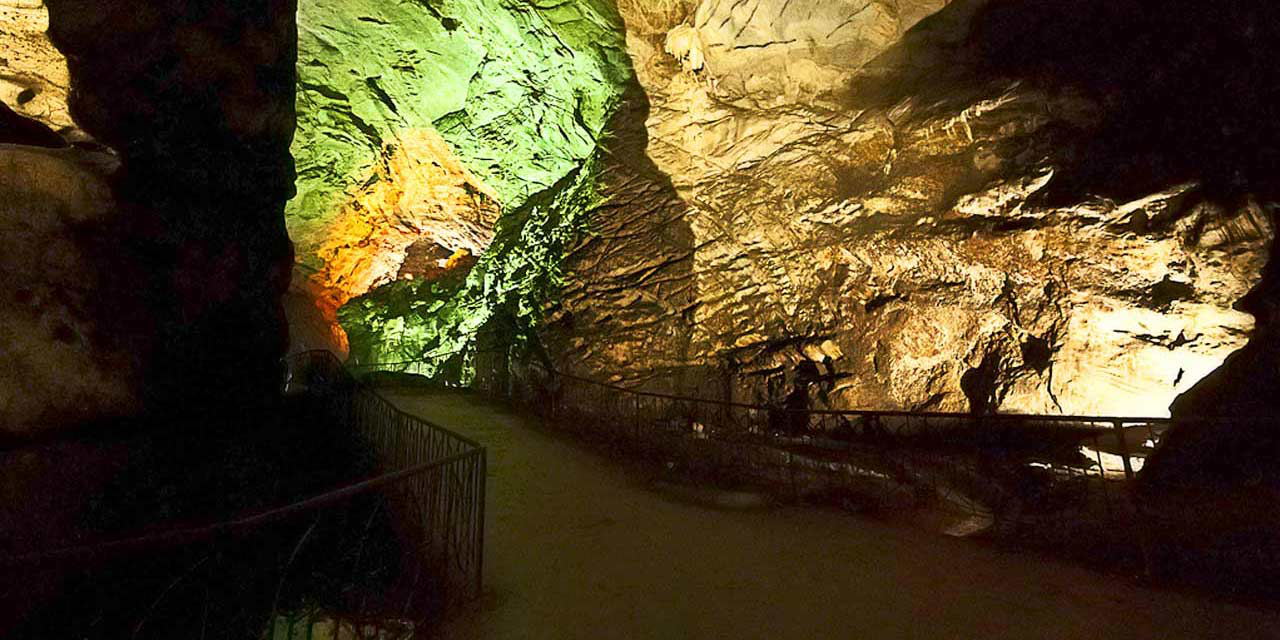 Tyda is a small village nestling in the wooded hills of the Eastern Ghats, on the way to Araku from Vizag. Tyda is located 75 kms from Vizag. This place is a natural bounty of flora and fauna, It is now home to an enchanting date with untouched nature. AP Tourism department in association with the Department of Forests ha established the Jungle Bells Nature Camp, an Eco-Tourism Resort. The camp provides great view of Eastern Ghats, facilities for trekking, hiking and bird watching in addition to accommodation in log huts amidst serene surroundings. A must see place for nature lovers. 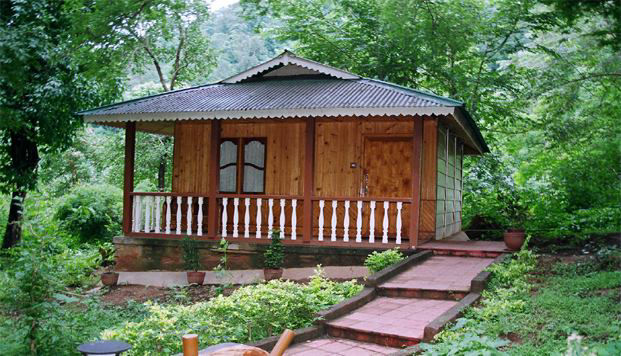 This place is located at the highest altitude place in Andhra Pradesh. Located on the way to Araku Valley, the entire village is surrounded by coffee plantations, giving you a pleasant feel of nature’s beauty. Several waterfalls, adorn the hillocks around the Village. A. P. Tourism has developed a beautiful wayside restaurant to cater the needs of the tourist passing through Anantagiri towards Araku. 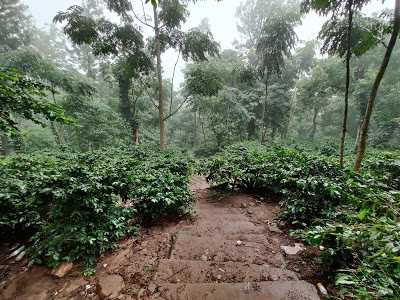 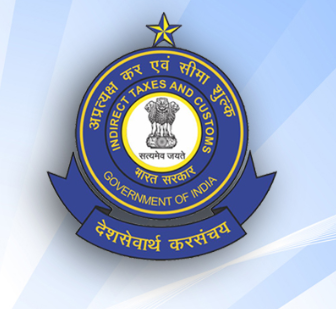